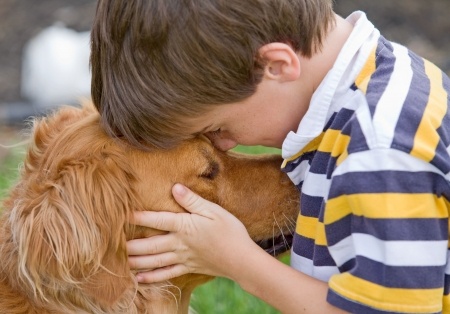 Unfortunately, however, with current treatments, Canine Lymphoma is generally not a curable disease.

Note: The only current conventional treatment that has some potential for cure is a bone marrow transplant. Because of its effectiveness and potential for cure, bone marrow transplants are often the treatment of choice for human Lymphoma patients. However, this process is very expensive, and still has only limited success when used on dogs. Plus, there are very few places in the country that provide this treatment for dogs. That’s why, for now, we say that there’s no conventional Canine Lymphoma treatment that has any significant chance for cure. Hopefully that may change with additional research and progress in the future.

And always remember that statistics like those given on this page, while useful, can never accurately predict how any individual dog will actually do with or without any specific treatment. Thus it’s impossible for anyone to predict how long YOUR specific dog will live.

If ignored, or left untreated

If ignored, or left untreated, Canine Lymphoma will grow quickly, and can generally kill a dog within 1 to 3 months after initial detection.

But with appropriate treatment, many dogs will experience “remission” (essentially a temporary “cure”) from the disease for an extended period of time (on average, about 12 to 18 months, depending on the case and types of treatment used). For that reason, the primary goal of modern conventional Canine Lymphoma treatments is not to cure the patient, but to help the patient to go into remission for as long of a period as possible.

Note: Remission is the term vets use to mean that they are unable to detect any physical evidence of the existence of the cancer in the patient. In other words, patients in remission show no symptoms of the disease, and their cancer is “clinically non-detectable” through physical examination and other available tests. In truth though, despite the fact that dogs in remission seem perfectly healthy, and tests can’t identify the disease, vets assume that in the vast majority of patients the cancer is still there, just small and hidden away to the extent that present tests are unable to detect its presence.

…And given this drug resistance and evolution of the disease, in the vast majority of cases, any period of remission will only last so long (generally somewhere between 12 and 18 months for the most effective conventional treatment protocols) before the cancer returns and the patient falls out of remission.

The good news is that, even though the vast majority of dogs will eventually fall out of remission, during the period of remission the cancer will not be noticeable, and dogs can expect to feel healthy and active (effectively as if they weren’t sick at all) until they fall out of remission and cancer ultimately returns. And during the treatments themselves, dogs will generally feel pretty strong and healthy as well – maybe at 80% to 90% of their normal health and vigor (except, of course, for short periods of struggle and potential side effects during the few days following the actual chemotherapy treatments themselves). Some clients report that their dogs feel so much better after they start treatment that they are acting like puppies again. 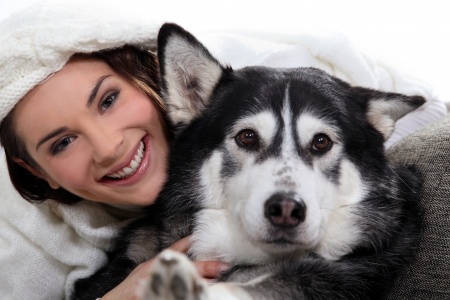 For a dog diagnosed with Canine Lymphoma, life expectancy will depend on a variety of factors – including the age and health of the dog, the stage of the Canine Lymphoma, how far the cancer has progressed, and the types of treatments used.

The good news is that canine lymphoma has one of the highest “remission” rates of all types of canine cancer (with as many as 80% – 90% of dogs likely to go into remission under the most effective conventional Canine Lymphoma treatments). The bad news is that remission is not a “cure” and most dogs who undergo chemotherapy will ultimately fall out of remission within some period of time after the remission is achieved.

Once a dog with Canine Lymphoma has fallen out of remission, in general, the new Canine Lymphoma cells will be more resistant to the conventional chemotherapy treatments. So while it’s often possible to obtain a 2nd (and sometimes even a 3rd) period of remission using chemotherapy, the odds of achieving those remissions are somewhat reduced.

So while cure is not generally an option for most Canine Lymphoma cases, in most cases conventional Canine Lymphoma treatment can likely cause remission for some period of time. And while we expect that the cancer will probably return, for some period of time (hopefully many months) we can extend remission and have our dogs live a healthy and seemingly cancer free life.

For example dogs with stage 5 lymphoma (generally Lymphoma combined with some element of bone marrow cancer) the chance of remission is much less – maybe 50% – with modern conventional canine lymphoma treatments.

On the other hand, for dogs with stage 3 or stage 4 lymphoma, who feel healthy (substage a) and have no blood abnormalities – which includes the vast majority of dogs diagnosed with Canine Lymphoma – have a very high chance of remission. But for dogs who are very sick and show lots of physical health related symptoms (substage b), then the chances of remission can be much less.

Also if they have a T-Cell Lymphoma, chances are that dogs will go into remission, but they will relapse much quicker, perhaps as quickly as within 4 months from the start of treatment, compared to dogs with B-Cell Lymphoma, whose first remission can often last as long as 12 to 18 months or longer.

Finally, the length of remission will depend heavily on the type of conventional treatment used.

For example, a Madison Wisconsin Chemotherapy Protocol (the most commonly used Canine Lymphoma chemotherapy protocol), which combines 3 different types of chemotherapy plus Prednisone over a 6 month/25 week treatment plan, has an 80% – 90% overall response rate with healthy stage 3 or stage 4 dogs, with b cell lymphoma, for a “median” response duration of 12 to 15 months. And as noted above, the vast majority of dogs diagnosed with Canine Lymphoma fit this healthy, stage 3 or stage 4, b cell lymphoma staging, which is why Canine Lymphoma is considered to be one of the most treatable and responsive cancers using current conventional treatments.

(Remember, these are just statistics based on past results – nobody can ever tell you how long YOUR particular dog will live under any of these circumstances):

Life expectancy for a Canine Lymphoma dog who is left untreated

For dog owners who choose not to provide any Canine Lymphoma care (as noted on other parts of this website – this can be for financial reasons where dog owners can’t afford treatment and/or in certain cases based on age or condition, where the owner may not want to put their dog through the burden of receiving care), life expectancy can generally be as short as 2 months as Canine Lymphoma grows quickly and eventually takes over the body. 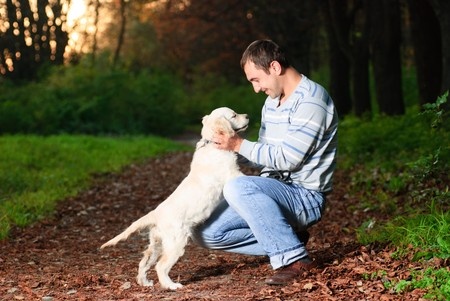 As discussed in another part of this website, because of the properties of this steroidal treatment, many vets use Prednisone as a method for treating dogs with Canine Lymphoma. Although Prednisone is often used as part of a more complete care regimen (such as part of a broader chemotherapy protocol like the Madison Wisconsin Protocol), some vets and dog owners choose to use Prednisone alone to treat their dog’s Canine Lymphoma (for example, some owners who can’t afford or don’t want to put their dog through the struggles of chemotherapy)

Although it can’t be proven based on statistical data, many holistic vets believe that alternative/holistic treatments can be as effective (and in some cases possibly more effective) than conventional Canine Lymphoma treatments, and recommend that dog owners investigate these alternative options before deciding on the ultimate methods of care (especially where the most effective conventional Canine Lymphoma treatments, such as the Madison Wisconsin Protocol are not possible due to financial limitations or for other reasons).

What is Remission vs. Cure

For your understanding – remission means that the cancer is no longer detectible by tests available to your vet. In those cases your dog should show little or no signs of the disease, and enjoy a normal (seemingly healthy) life throughout the entire period of the remission. However, while the cancer is not detectable during these times of remission, a few undetected cancer cells may remain, and the main problem causing the cells to become cancerous in the first place may remain, which is why in most cases the cancer will likely return at the end of some remission period.

The distinction between remission and cure with regards to Canine Lymphoma life expectancy, is the complete elimination of the canine lymphoma cells (along with the underlying cause that continues to create new Canine Lymphoma cells) – and while cases of complete “cure” are much less common using conventional treatment methods, remission is available in most of the canine lymphoma cases we see.

Also remember that these life expectancy numbers are just statistics, and have no exact predictive ability for your dog. What these numbers say is that “the majority of patients fall into this range” and usually that “range” represents a bell curve, with the majority of patients falling into the middle or “average” category. But like any bell curve, there are always “outliers” on either side of the curve for any treatment. Some patients will, unfortunately, not make it to the averages expected for cases of their type, and other may make it far beyond the expected average. So while the “average” life expectancy of a Canine Lymphoma patient treated by Dr. Freeman may be 12 to 18 months, she currently has one patient who is going on 3-1/2 years since the start of treatment and another who has been alive for over 6 years since treatment.

So while you should always enjoy every day you get to have, keep faith that no matter what the average life expectancy might be, these numbers say nothing about the actual results for your dog. As they always say – individual results may vary – and nobody knows what those results will actually be. So no matter what, keep hope that your dog is one of the “rock stars” on the far end of the bell curve, who will live far beyond the time the statistics might indicate.